People are ready to live differently. Really differently. So differently that they consider giving up their employment to be their own boss. They take on going green despite inconveniences of doing so. They make time for personal indulgences for the mere reason of feeling happy. And not only are they indulging, but they’re taking these indulgences more seriously than they ever have before. “Yes, actually, I like writing so much, I think I will write a book.”

People are wanting to live differently so that they love their lives and themselves more.

People are wanting to live differently so that they love their lives and themselves more. No other reason needed. And they’re taking more risks in order to accomplish that. Why not? It’s not like the job market is very stable, maybe being an entrepreneur is any more risky than having an employer? Maybe the time and investment of having a net zero, green home is worth the time and investment to live more freely? People are considering much more “wild” things than they have before – for themselves. 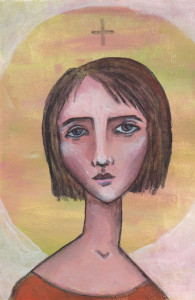 But I also see that its hard. It comes with great soul searching. There is a lot to be ‘lost’ about these days. There is a lot of doubt and uncertainty. And it comes in so many different forms because we all have our own different kinds of baggage. And we don’t even want to be dealing with baggage anymore either – we just want to cut to the chase and thrive! The ‘woe is me’ phase is wrung out. Not only do we not want that for ourselves, we want to leave anyone singing that tune outside of our company; it’s not productive or helping our psyche. Heck, we’re still internally doing a lot of that to ourselves, we don’t need to be around it, too.

Art making is a way to work it all out.

But you have to get past the idea that making art is about decoration. And technique. And artistic skill. It can be about those things, but it doesn’t need to be. People don’t often stop to consider that art making can be their vehicle to thriving. 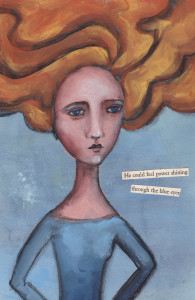 When you strip away all of the market around art and the politics and the techniques, what’s left is the person making marks on a page – making decisions about what pleases him or herself, finding inspiration, messing it up, working it out, paying attention. That person – asking those questions of themselves and taking those chances – is an artist. That person is a regular person who has chosen to dig deep, show up and invest in themselves.

Often times the kind of person who uses art making to facilitate their own change is the kind of person who believes in something (doesn’t even matter what exactly). They tend to take on personal routines like yoga, meditation, exercise, prayer, whatever because they believe in their own malleability. And they are internally driven to do these things for themselves in order to see and be that positive change. 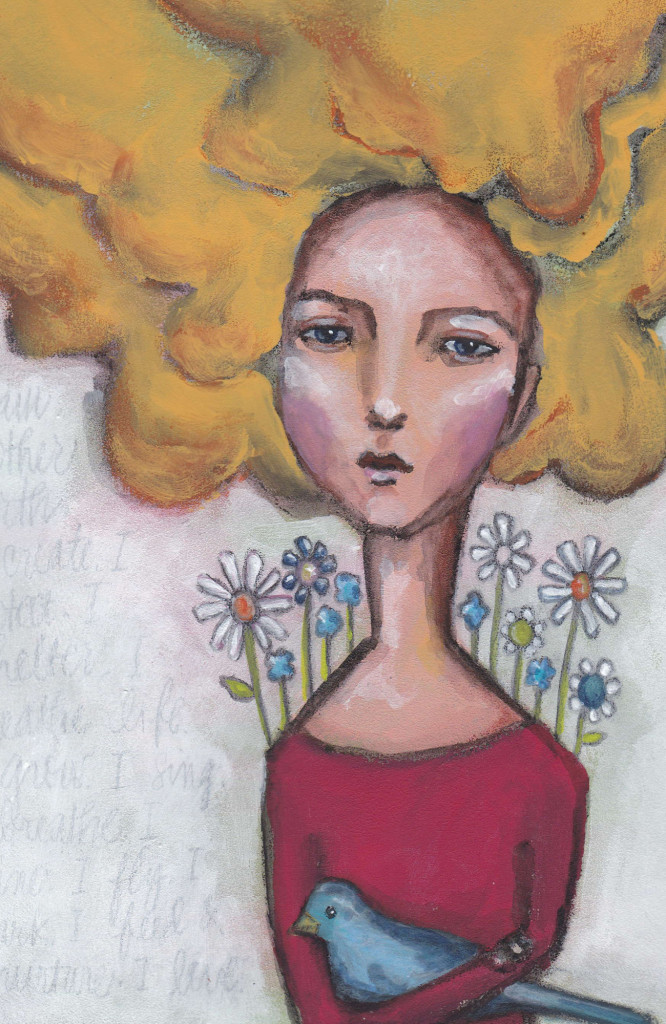